This Pasta Fagioli will become a new staple in your kitchen! A thicker and hearty Italian soup made with pasta, vegetables, beans, and kale.

I’m not sure I’ve fallen in love with a soup quite as quickly as I have fallen in love with Pasta Fagioli. Man, is it good! It’s buttery while still being healthy. It’s hearty without being too heavy. The vegetables go mostly unnoticed because of the pasta and the mom who is heavy-handed with the parmesan cheese. The longer it sits, the tastier and thicker it gets. It makes a great big pot and you’ll be glad because it’s that tasty. 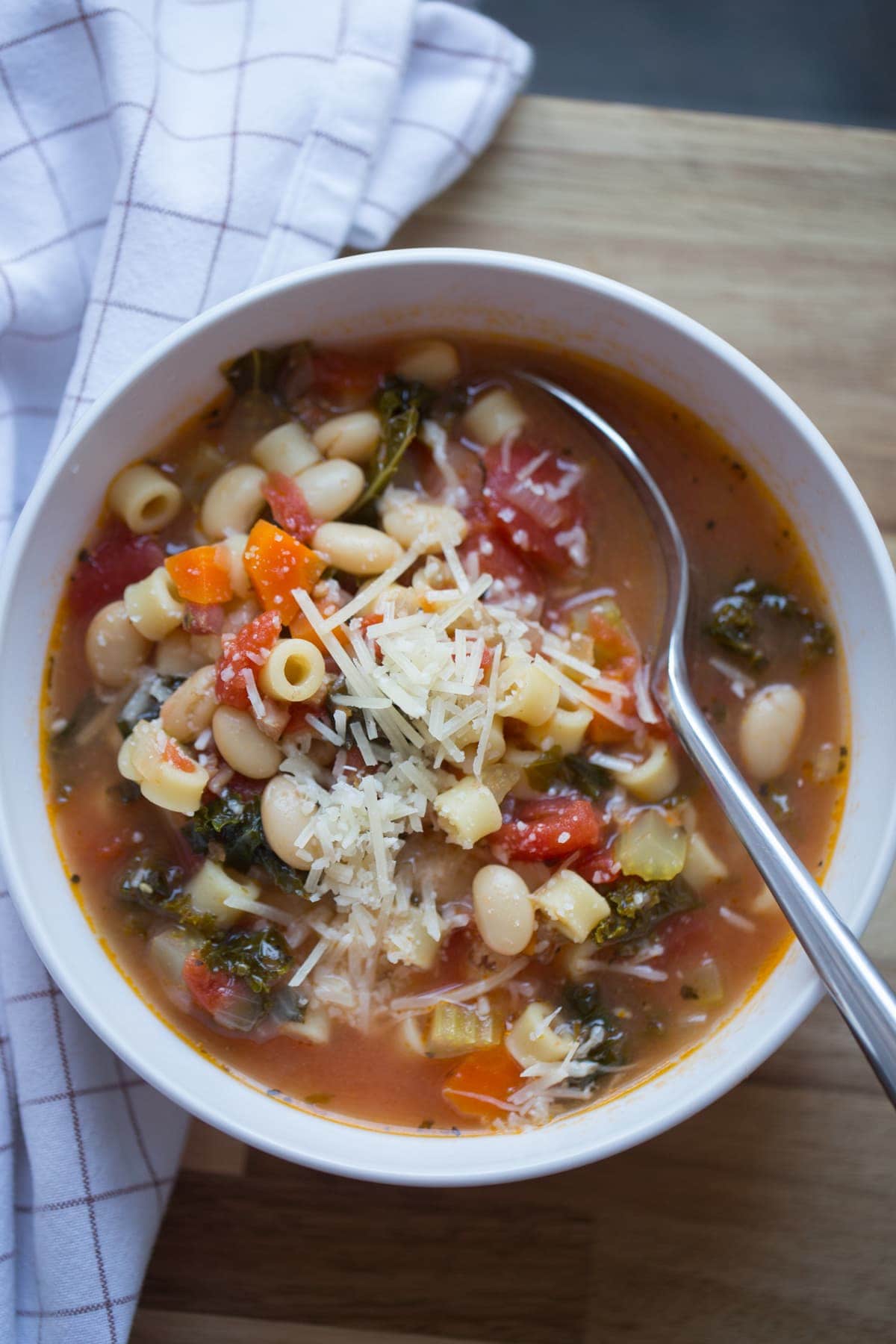 I’ve made this Pasta Fagioli soup willingly three times in the past two weeks to not only test the recipe but because I actually wanted to eat it that many times. Normally, after two go-arounds I’m over it. But not this time. I even gladly shot some step by step photos too! WHO AM I? So here’s what you need to make and be obsessed over this recipe:

Love soup? Me too! Here are some more to try: Cream of Cauliflower Soup, Hamburger Soup, Easy Taco Soup, and Chicken and Dumplings. 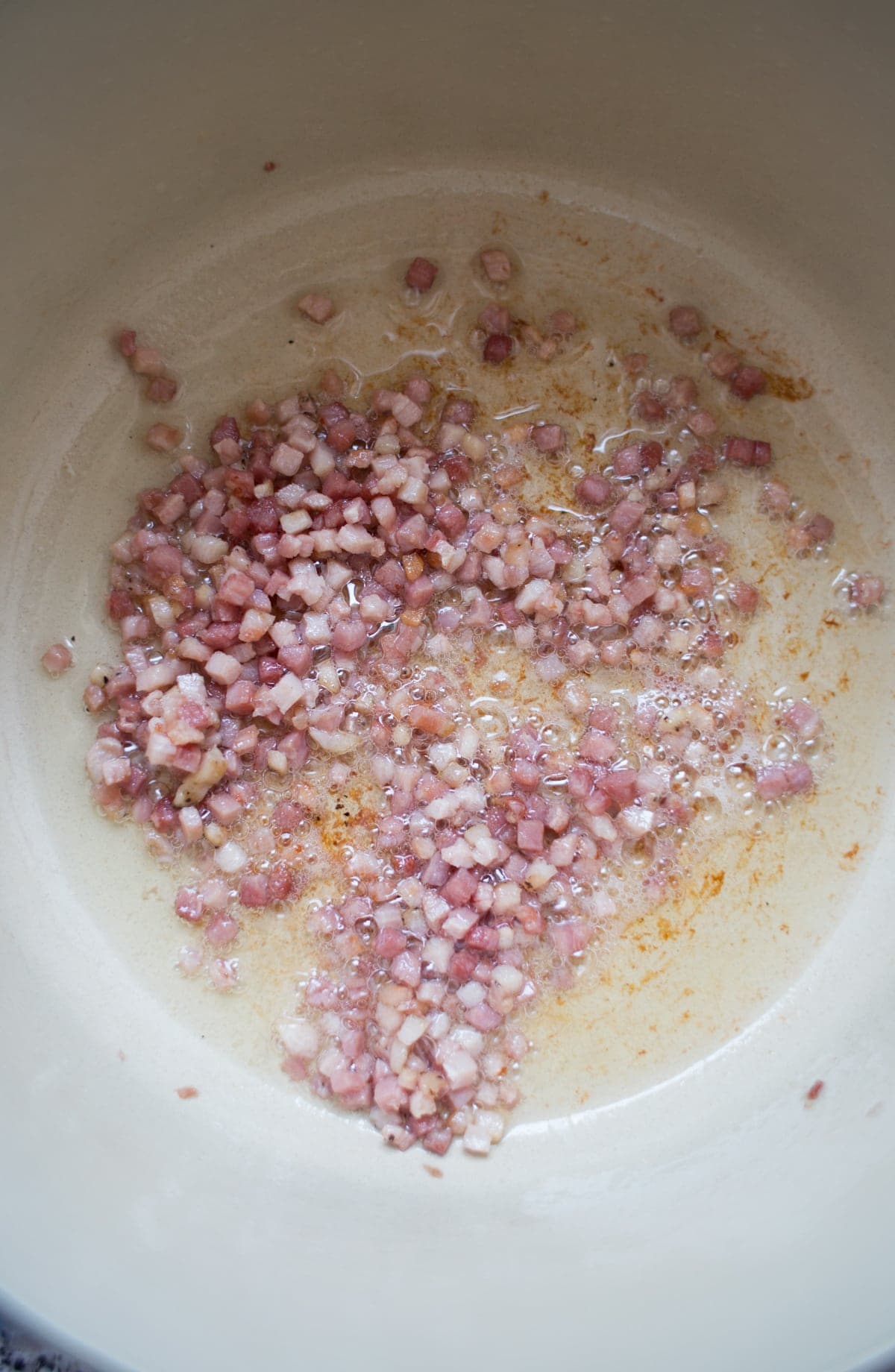 How to make Pasta Fagioli

For full recipe details see the recipe card down below 🙂 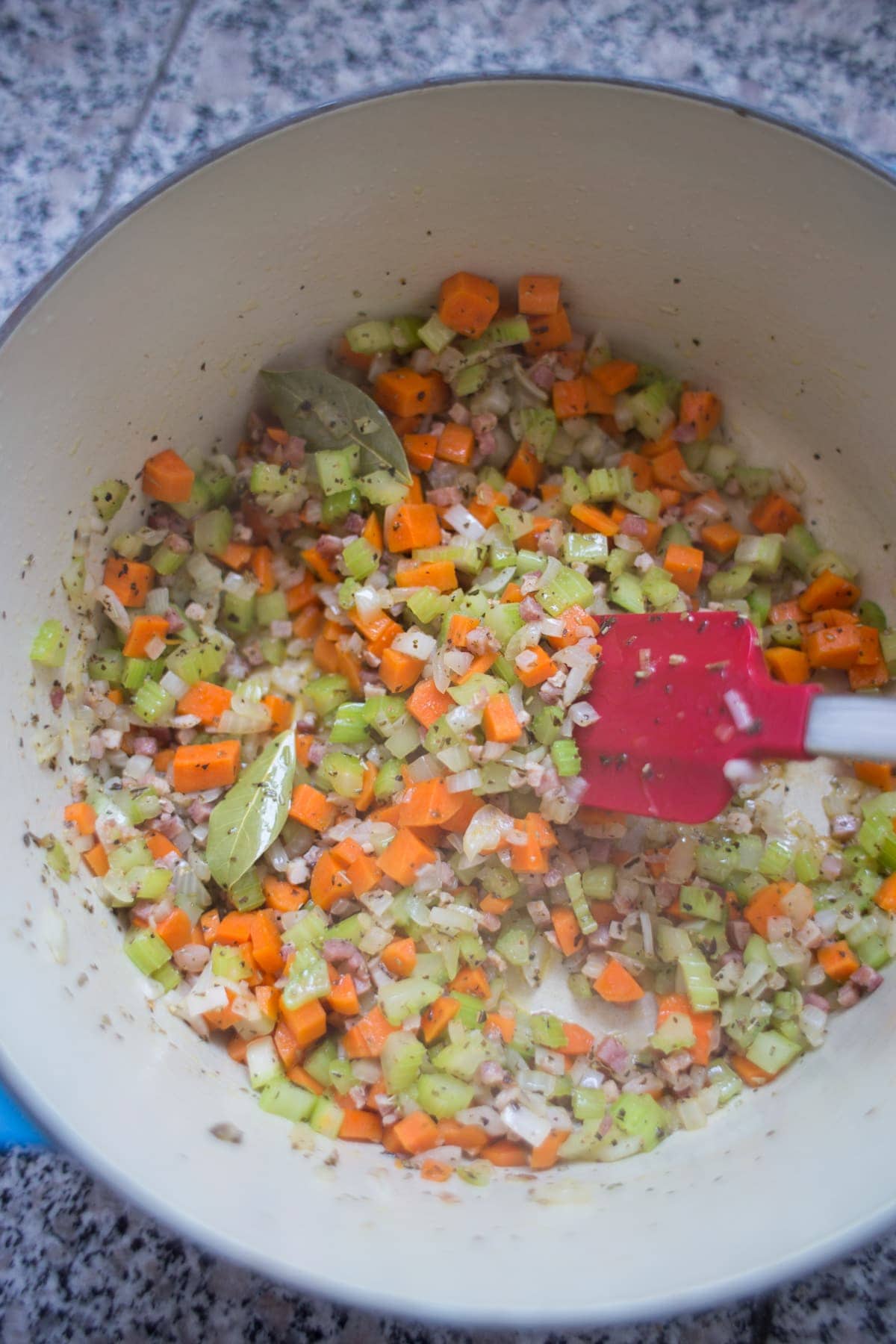 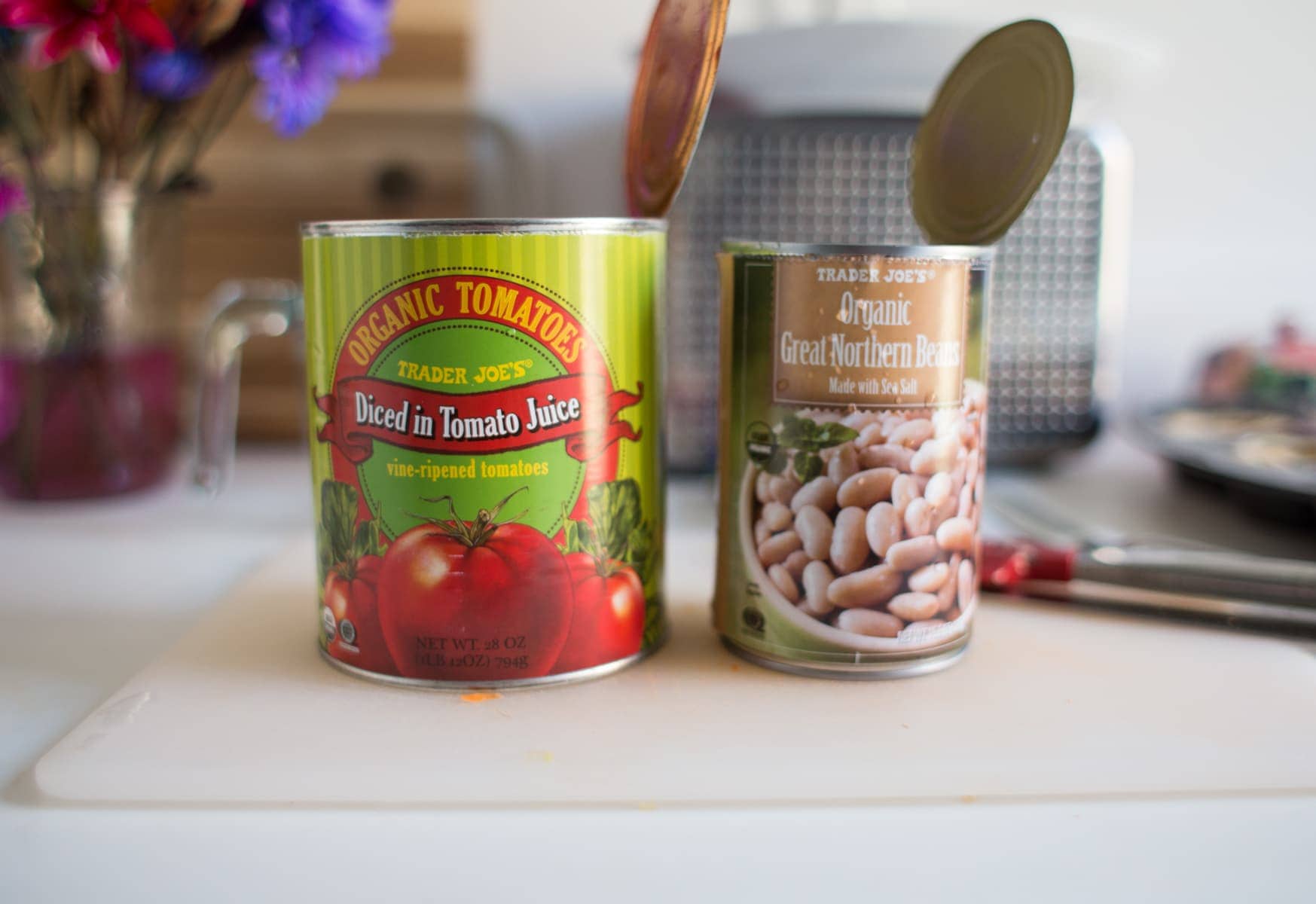 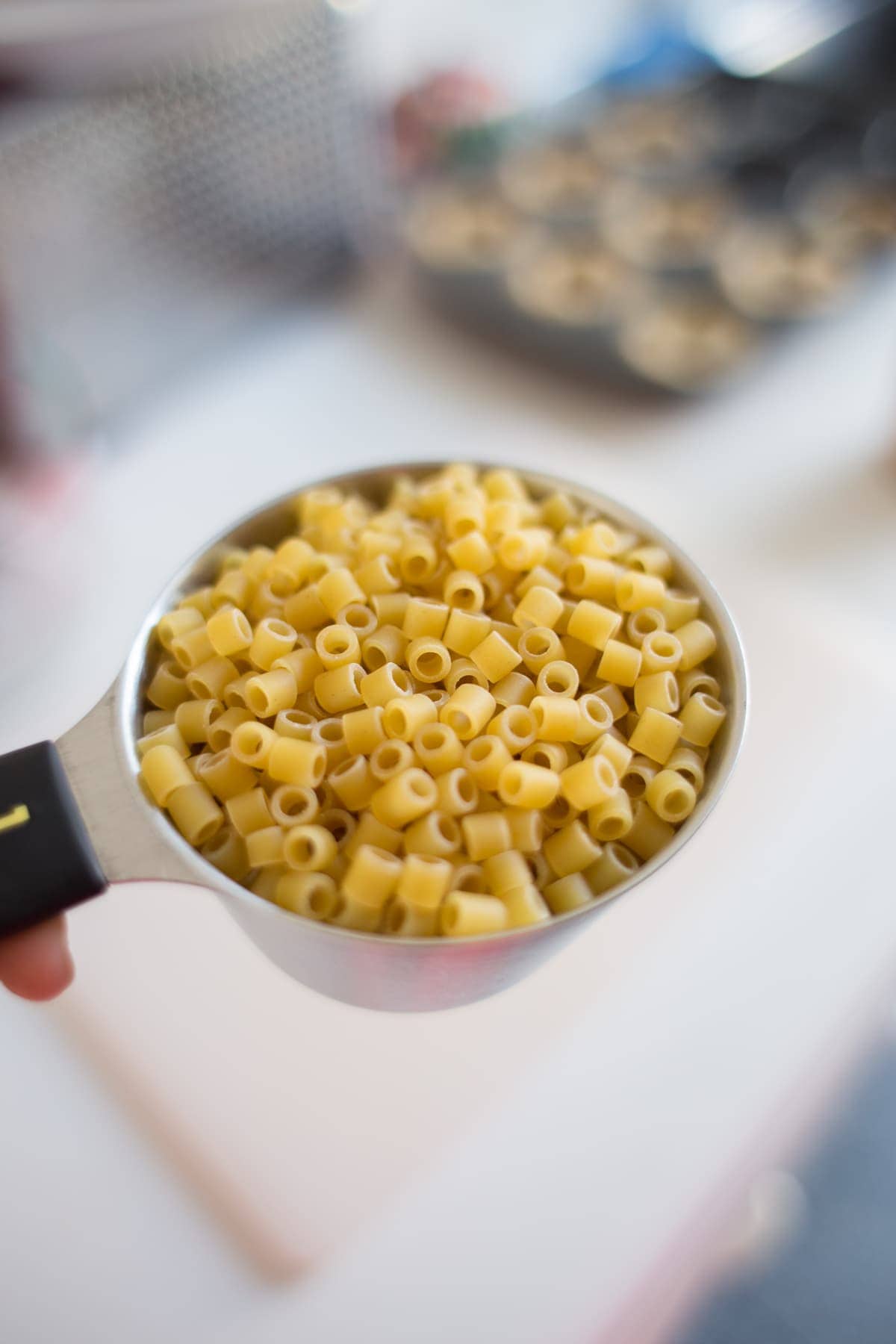 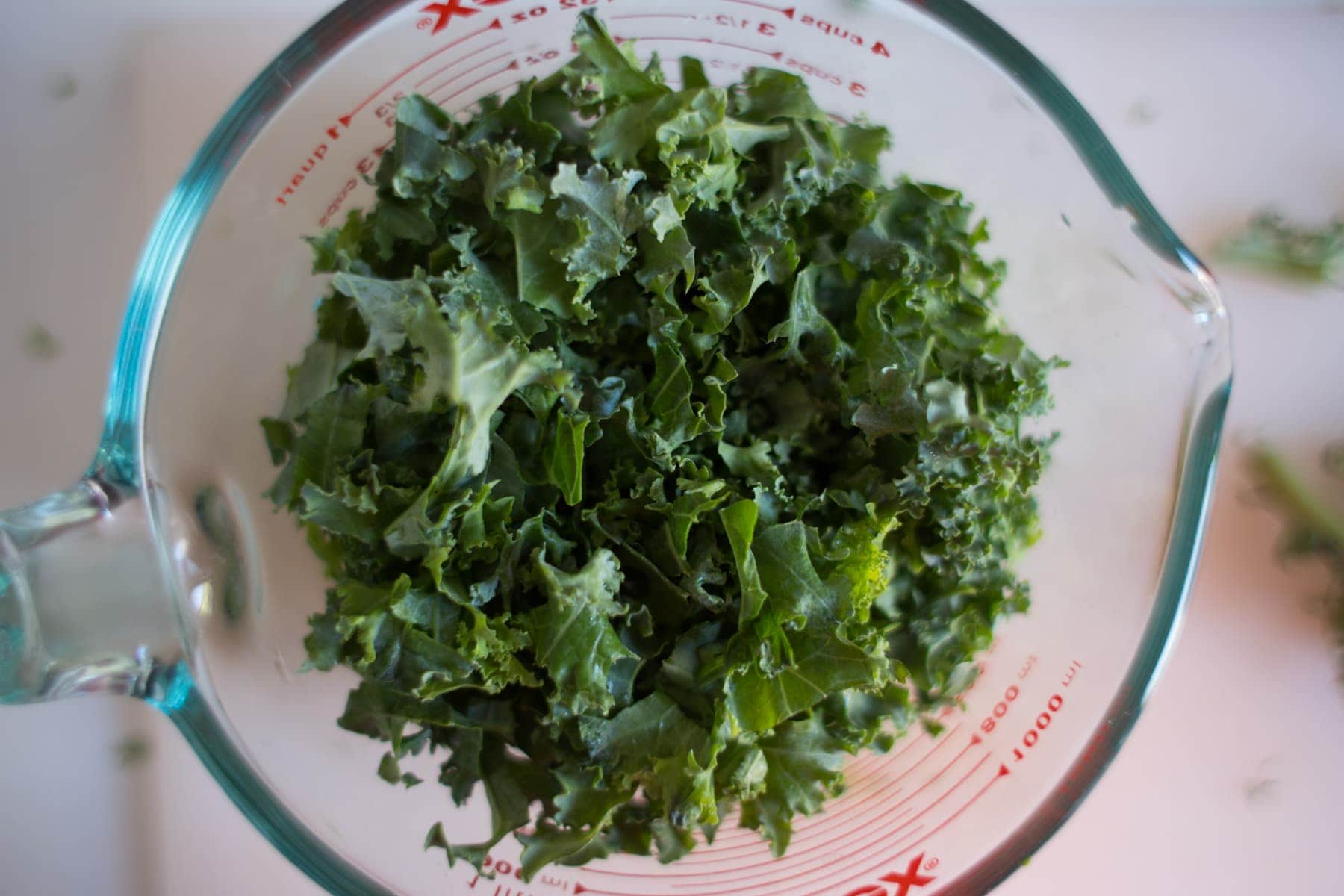 Right before serving, throw in some chopped kale (tough stems removed), and just as I promised, a great big pot of Pasta Fagioli soup that will fill you right up.

Parmesan cheese is optional everywhere except at my house. We love cheese. So sprinkle some on and enjoy! 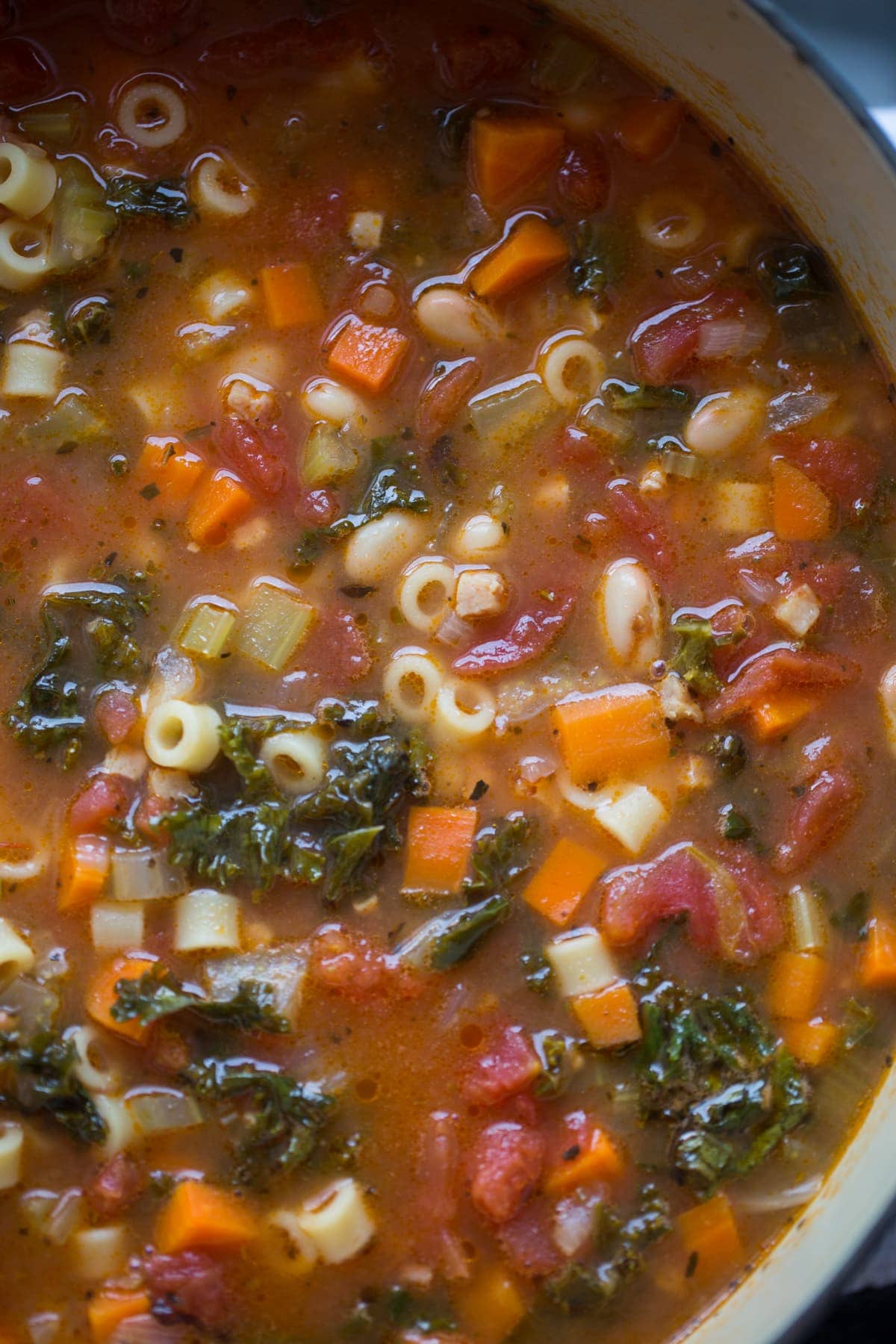 You technically can freeze Pasta Fagioli but be warned that freezing it with cooked pasta is a recipe for disaster!

Instead make the soup ahead of time without the pasta, store in a freezer-safe container (leaving about an inch of space between the soup and the lid to allow for expansion) for up to 3 months. Also, be conscious about how cooked your vegetables are when reheating they are going to cook a little more so I suggest slightly undercooking the veggies.

Defrost in the fridge overnight or by warming on the stovetop. When ready to serve, cook the pasta separately and add to the soup after draining.

Leftover Pasta Fagioli is good for 3 days stored in the fridge, covered. However, after the first day, the pasta becomes a little too mushy for my tastes. So plan accordingly if you want to keep this soup as leftovers. 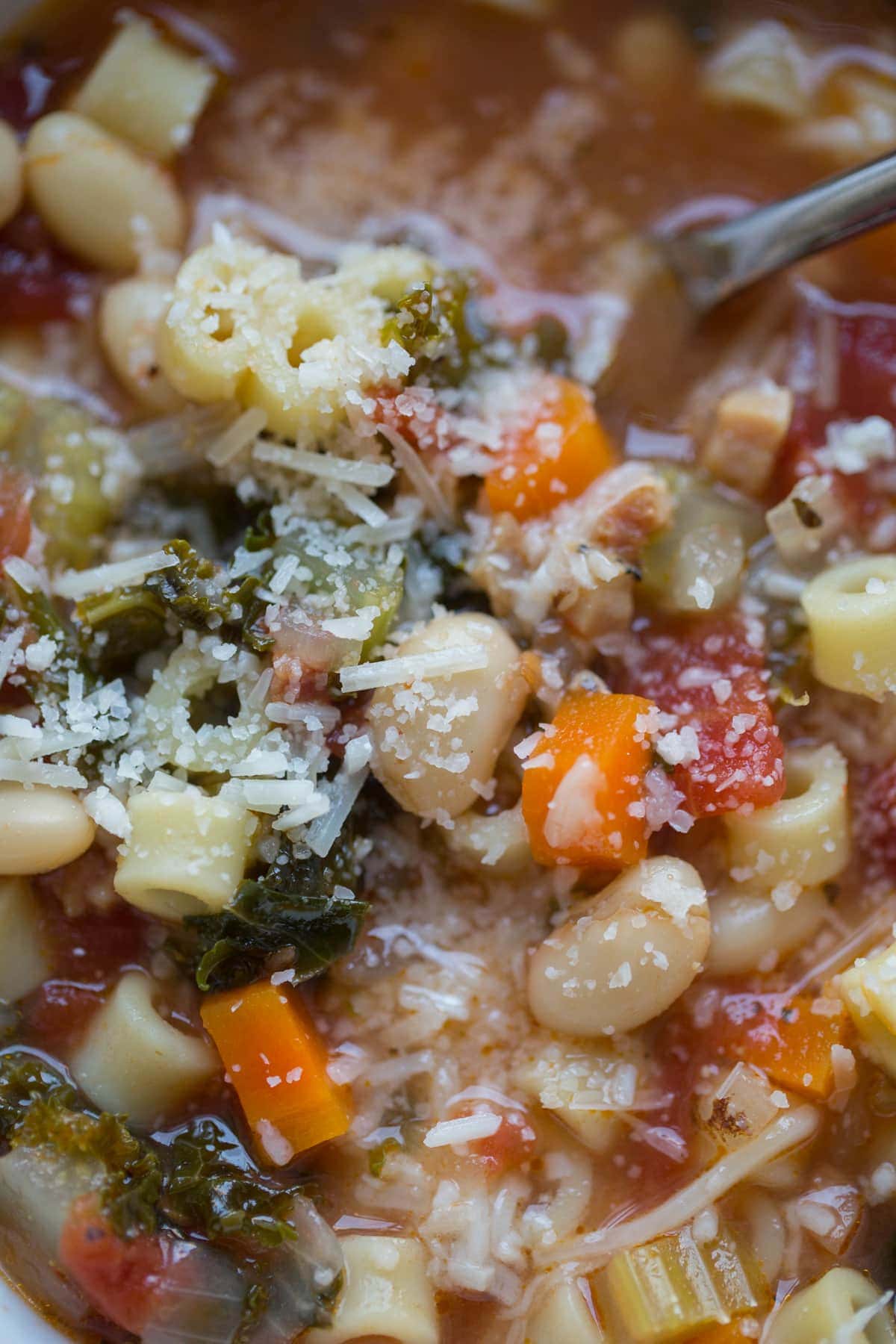 If you loved Pasta Fagioli you’re going to love my other soup recipes!

Printable recipe card is below, enjoy! 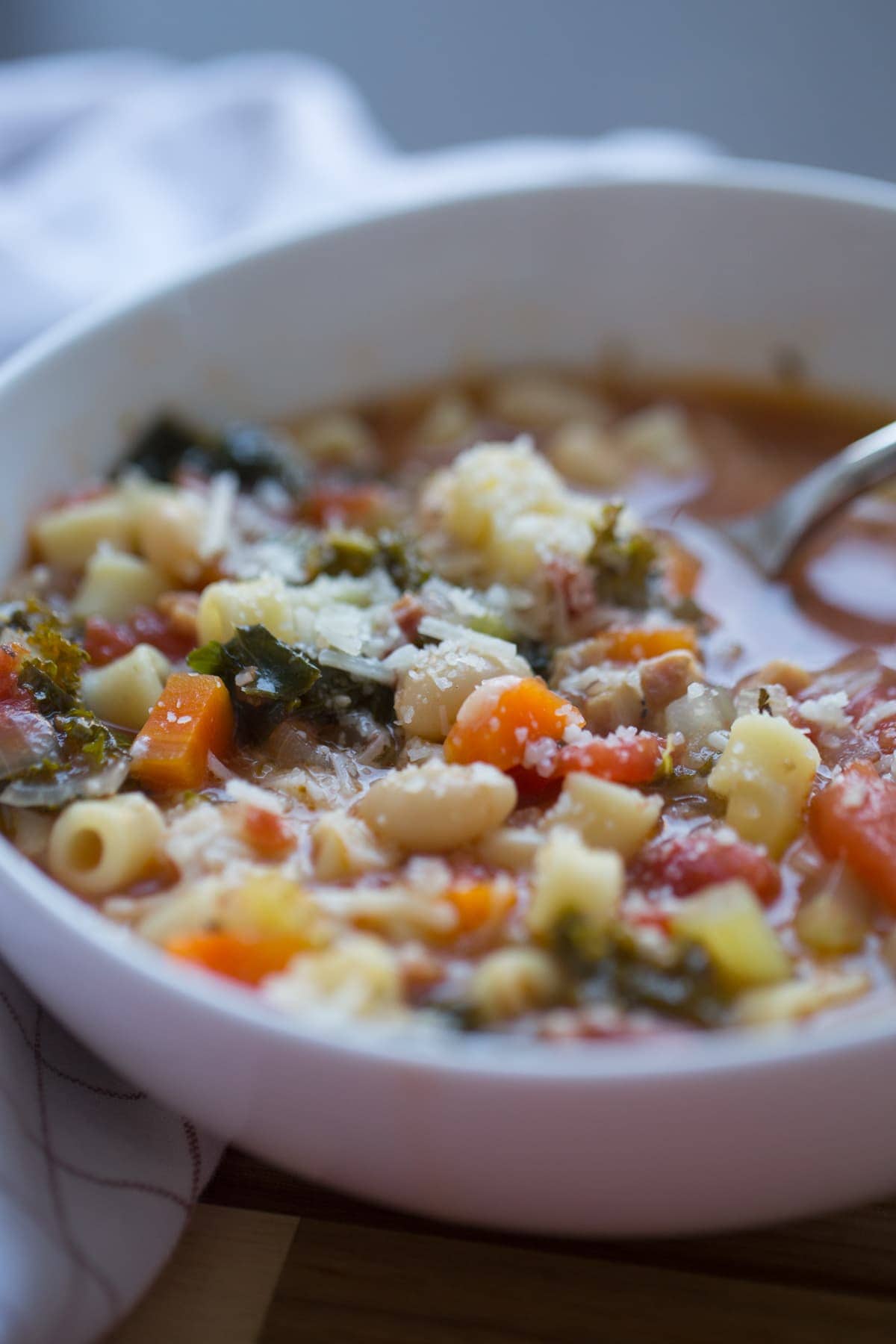 Print Pin It
5 from 7 votes