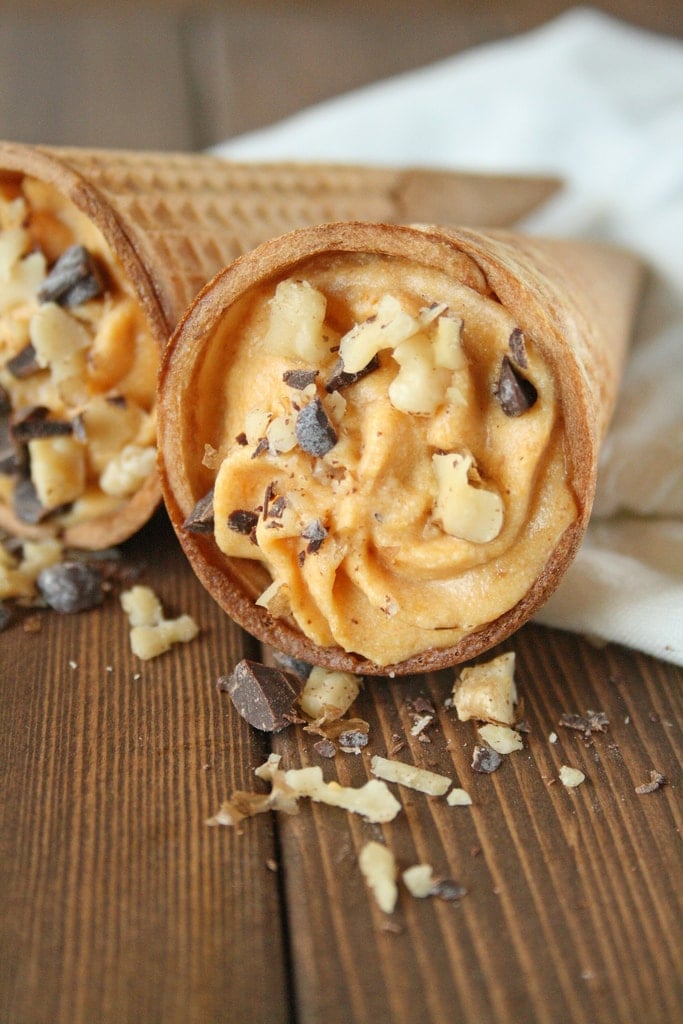 First, I would like to thank everyone who voted for me! I appreciate every single vote I got! I will be letting you know if I won the contest {and that trip to Hawaii}! If I do end up getting the grand prize, then I am going to have to write almost 400 thank you cards! You all are awesome and I love you! 🙂 Seriously, you are the best.

So, because you are all so great, I thought I would post yet another pumpkin recipe. Let the fall recipes roll on! Are you getting sick of these?

But if you are, speak up and I’ll move onto other non-pumpkin delights.

Until then, lets talk cannoli.

Let me preface this recipe by saying I’m not Italian. Do I know how to make traditional cannoli? Yes, but only because I read an article about it in a Martha Stewart Magazine one time. Are these traditional? No, because I don’t have time to make the cannoli shells myself from scratch. I have a child.

One day  I will attempt to make them, but today is not that day. And tomorrow isn’t looking good either.

In the mean time I give you all permission to take the short cut and use sugar cones.

The filling recipe I came up with calls for ricotta cheese {which is pretty common in cannoli}, pumpkin puree, sugar, vanilla and some spices. Oh and cream. Everything tastes better with cream! {See this recipe, this recipe or this recipe for examples!}

Overall, this takes about 5 minutes to whip up and then maybe another 5 to pipe into the cones. I topped mine with some chocolate chips and walnuts because it seemed like the right thing to do. Also, chocolate makes everything taste better! {See this recipe, this recipe or this recipe for examples!}

Hope you enjoy this recipe! We sure did! Happy Monday! 🙂 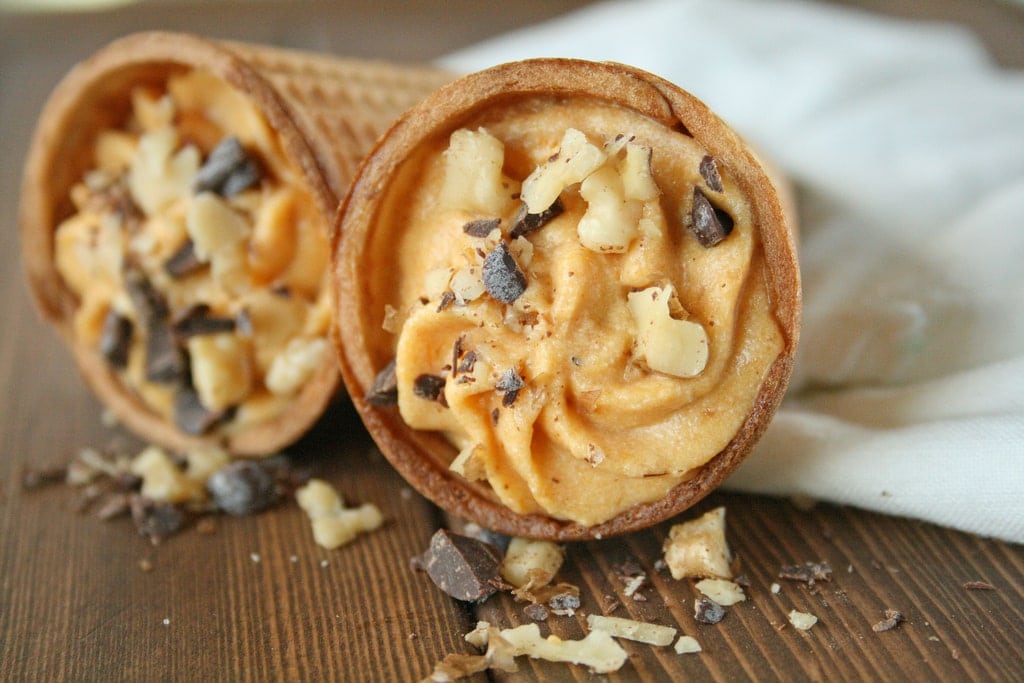 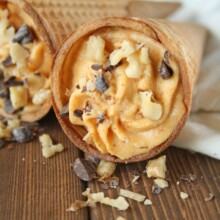 These pumpkin filled cannoli cones are easy to whip up and are perfect to satisfy that pumpkin craving.