Soft, sweet and so addicting, these Pumpkin Cinnamon Rolls will have everyone swooning. Made with simple pantry ingredients, these will become your new favorite Fall treat! 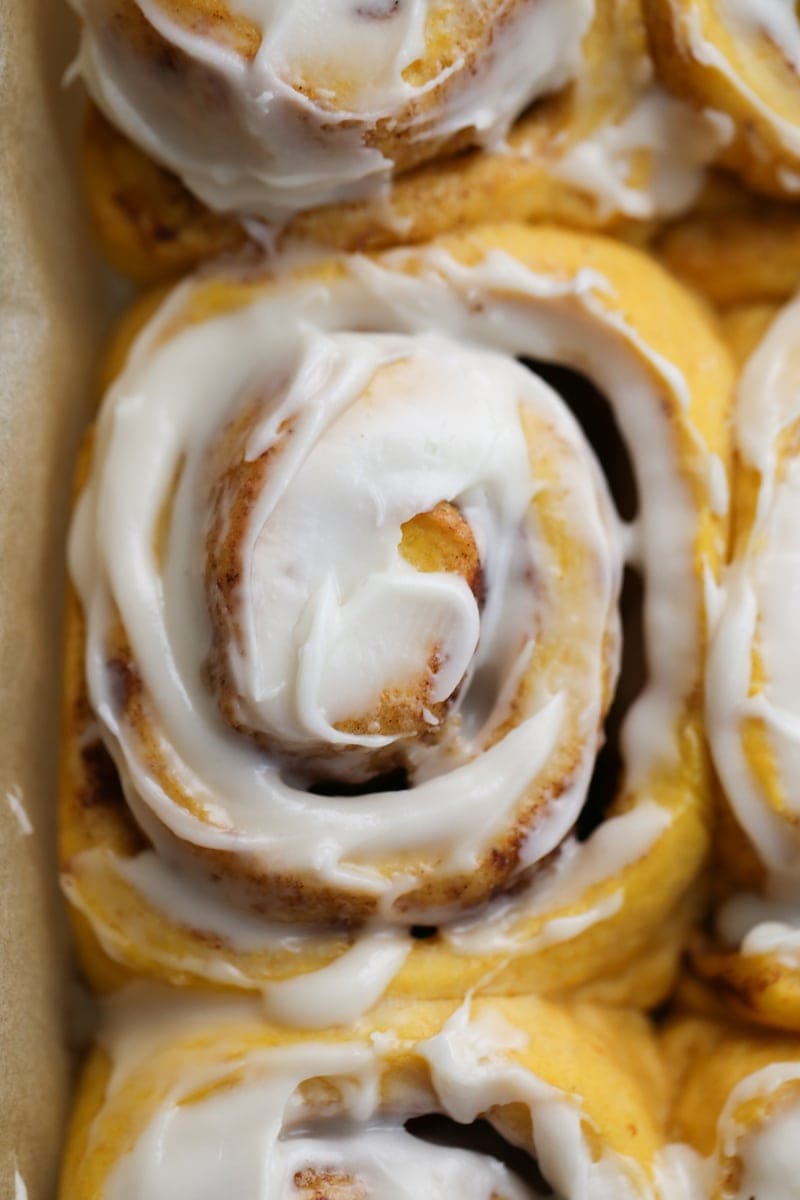 I have been making this Pumpkin Cinnamon Roll recipe for years and years! I first developed this recipe back in 2011 when I only had one kid and life was….less busy. Ha! Even though things have gotten crazy round these parts (hiiii four kids and homeschooling!) these have withstood the test of time and my family now expects these every Fall…along with these Old Fashioned Pumpkin Donuts. And these Pumpkin Bars. Basically what I’m saying is you too could have a new (delicious!) family tradition. 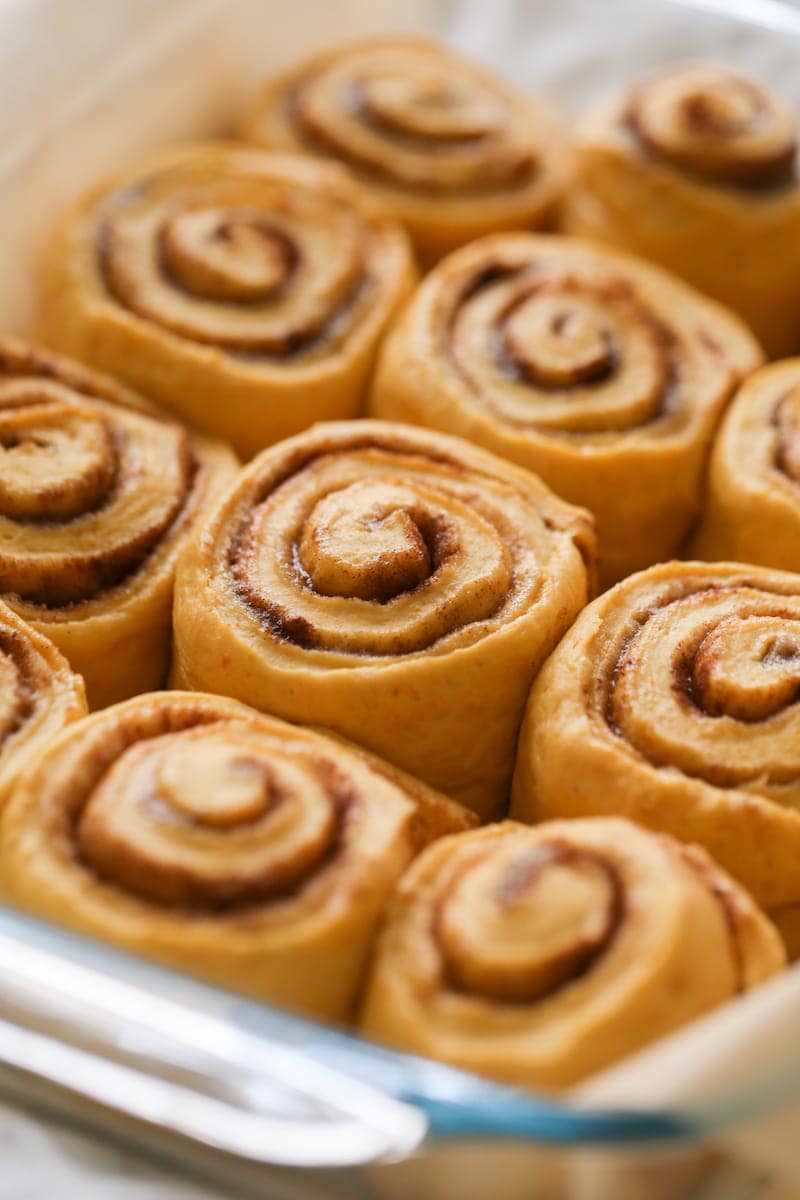 No surprises here, folks. Just like with most from scratch baking, you’ll need a few pantry ingredients you probably already have to make these Pumpkin Cinnamon Rolls! For specific measurements and directions, be sure to scroll down to the printable recipe card at the bottom of this post.

How to make Pumpkin Cinnamon Rolls

When working with yeast and making any kind of bread product, patience is basically the main “ingredient” you’ll need. While this isn’t a hard recipe, per se, it just takes some time. The steps are easy if you take them one by one. Lots of guidance found in the recipe card below! 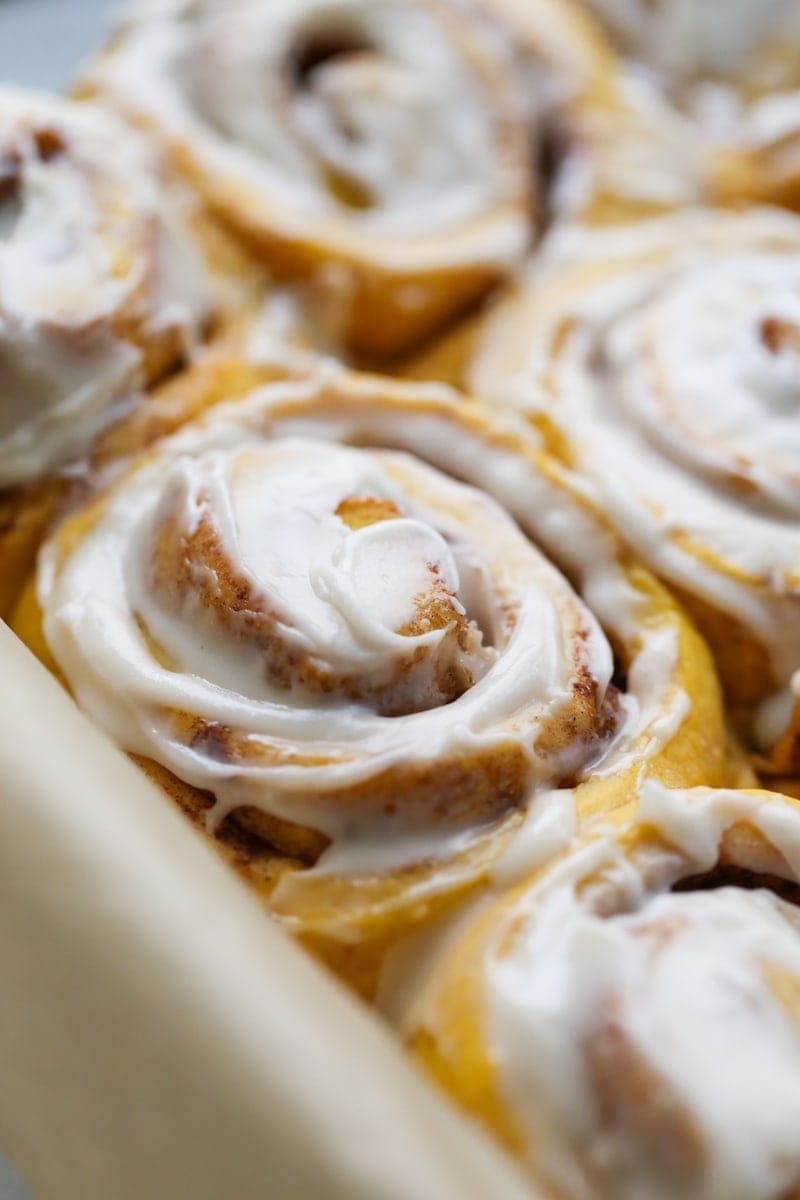 So, you made your cinnamon rolls and have a few left over. Now what? These will last up to 2 full days at room temperature as long as they are in an airtight container. They will last up to 4 days in the refrigerator. Of course, before enjoying, be sure to microwave for a few seconds to warm them up for maximum deliciousness.

So, that’s my recipe for Pumpkin Cinnamon Rolls. I hope you love it as much as we do at my house! Be sure to save/bookmark/pin/print this recipe and add it to your recipe box! It’s a good one you’re not going to want to lose. Have a great day, friends!

Print Pin It
5 from 8 votes

Soft, sweet and so addicting, this pumpkin cinnamon rolls recipe with maple glaze will have you and everyone you feed them to swooning.
servings 16 rolls
Prep Time 2 hrs 30 mins
Cook Time 20 mins
Total Time 2 hrs 50 mins