This Brie & Turkey Panini is made with cajun turkey, French bread and spinach. If you like toasted sandwiches like Panini, you should also check out my Ultimate Big City Grilled Cheese. I love the crispiness of a toasted sandwich.

I found one of the best kept secrets at my grocery store. I found me some cajun turkey, friends. Did I just sound southern there, or was that just in my head? Cajun

Have you guys tried cajun turkey before? It’s like crack….but waaaay better for you. When I went to the store the other day, it was hiding in the deli behind the salami with no tag. It was seriously incognito. ANYWAYS, I was pushy, got me a sample and then bought 2 pounds. No joke. So, once I got home, the only logical thing to do was make a panini. Here is what you will need to make these:

Basically, throw everything in between two slices of bread, slather in butter and press! Easy peasy. Here are the step by step directions. For full recipe details see the printable recipe card below.

Butter one side of each piece of bread. Place butter side down on panini press, build your sandwich, ending with other piece of bread, butter side out. Now, press that bad boy in one of these wonderful inventions!

Once cheese is melted and desired crispiness of the bread is reached, remove from press. Cut in half and serve immediately. You’ve got yourself a purdy lookin’ lunch!

Love Sandwiches? Give These a Look….

The printable recipe card is below. Hope you all have a great weekend! Enjoy, friends! 🙂 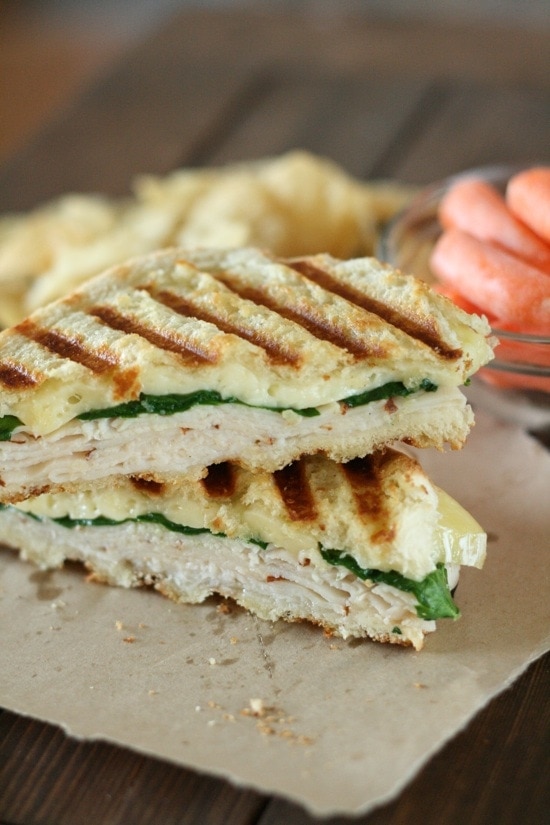 Print Pin It
5 from 8 votes