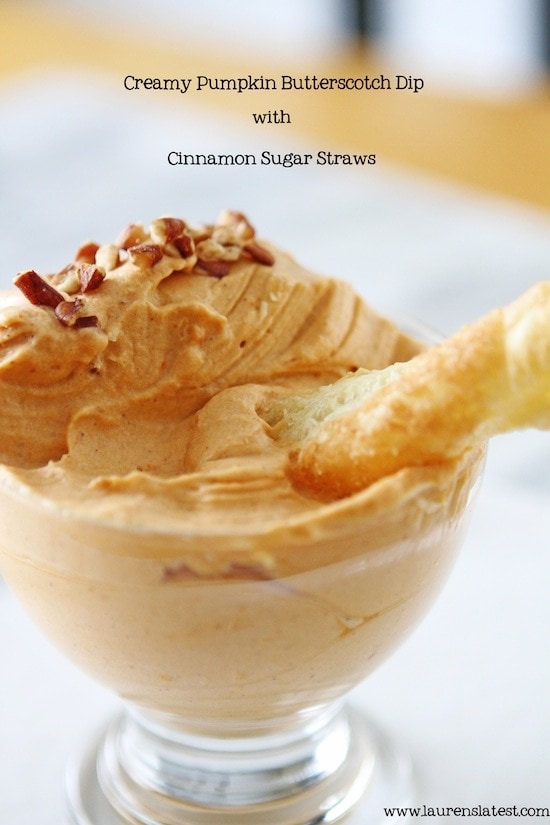 My baby is teething. I kind of want to kill myself. One tiny little tooth is slowly making his way through Blake’s bottom gums…cutting, poking and inflamming his trail as he heads north.

What a little dirt bag.

And we were doing SO WELL at the sleep thing too.

One day I’ll get more than a 3 hour stretch….one day. Pretty sure he slept better as a newborn than he does now. And, no amount of tylenol, teething tablets or Orajel seem to make a difference. It’s times like these where I want to hibernate FOREVER. Just put me in a dark quiet room and wake me up when it’s spring. SERIOUSLY.

No sleep makes it really hard to find motivation to cook healthily too. Why would I make the effort to chop veggies for dinner when I can just eat some sour patch kids and order a pizza? I mean REALLY.

This tasty little treat came into my life as an easy dessert that takes almost no brain power. Or brain power functioning on 4 1/2 hours of sleep. Same diff, yo.

So, here’s how you make these. And yes, this whole dessert situation is amazing. I almost just ate the whole bowl of dip with a spoon. But then thought twice and dipped the little cinnamon sugar twisty thingies in it for a buttery, crunchy, sweet and creamy mouth explosion. 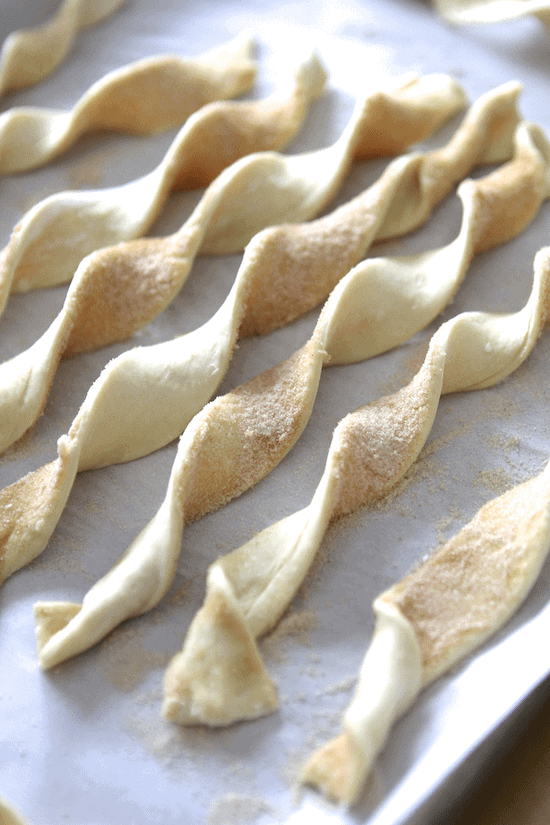 First things first: unfold your puff pastry and brush with butter. Sprinkle with cinnamon and sugar and cut into strips. Twist the strips and bake. This is pretty much the hardest part. 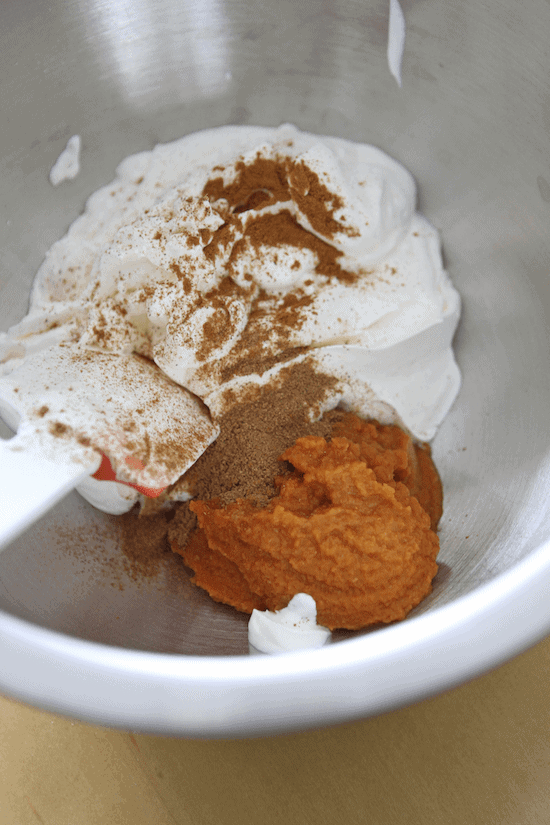 While those are baking, whip some cream and fold it together with some pumpkin, cinnamon and pumpkin pie spice. 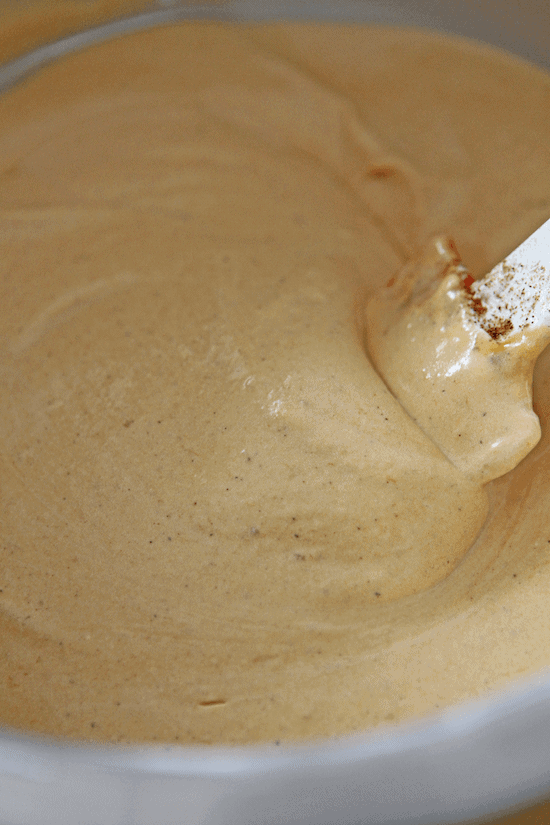 THEN, in another bowl, whip some milk together with some instant butterscotch pudding. Let that sit for a minute or so to start setting up and then fold that into the pumpkin mixture to get your creamy pumpkin butterscotch dip. It should keep thickening for another minute or two. Then you can put it into a serving bowl. 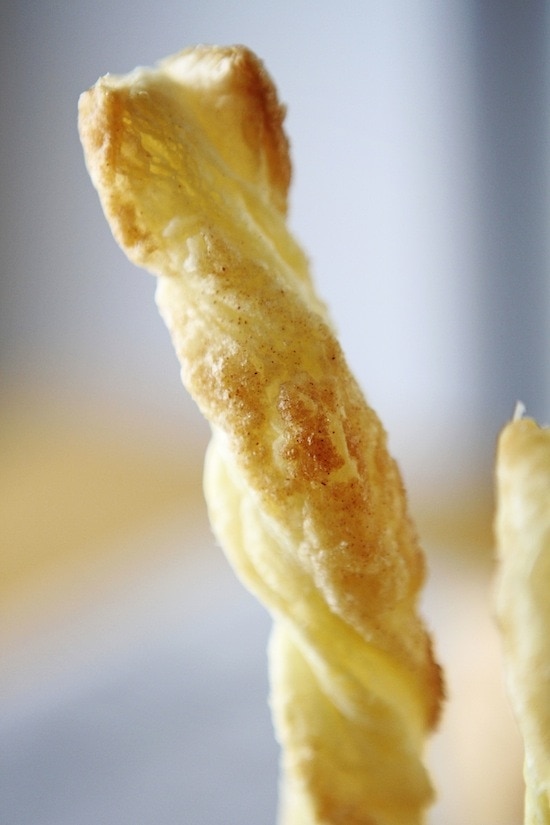 Nows about the time your cinnamon twisters are done. See how poofy they got? YUM. 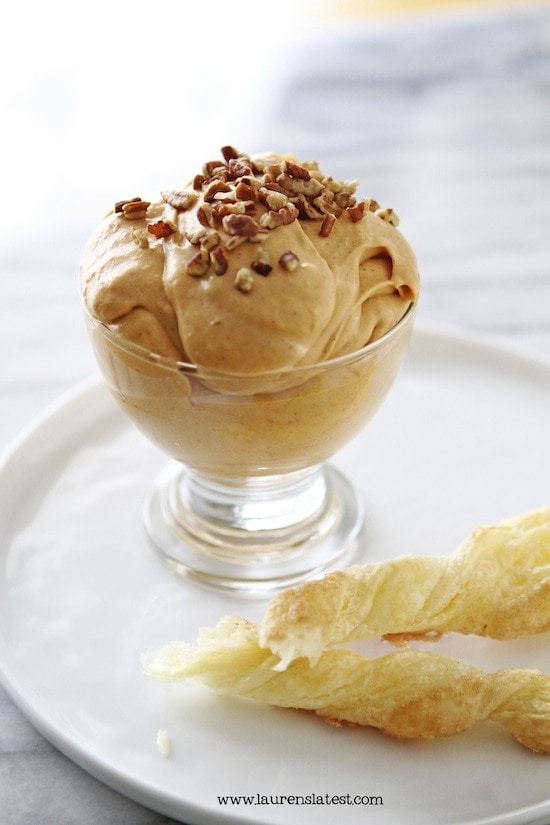 Dip those little suckers into your dip and go to town! I wrote in the recipe that this was about 8 servings, but lets be honest. I ate this whole thing in the course of two days. I’m sleep deprived and hungry 24/7. #notashamed 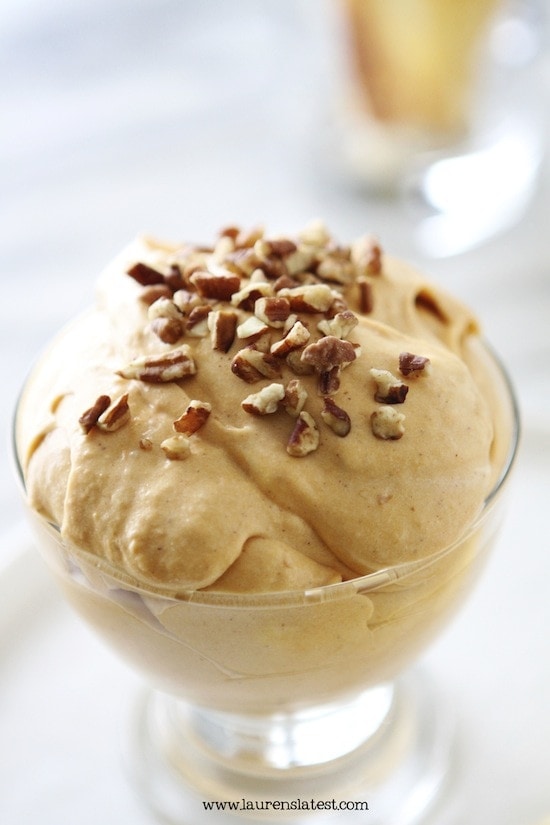 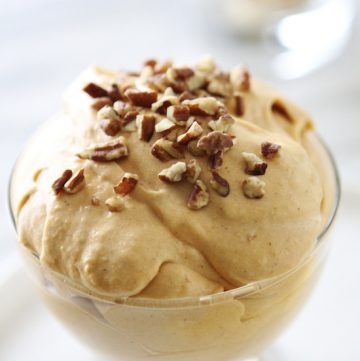 Cinnamon sugar twists, made with puff pastry, are an easy and delicious dessert when dipped into this creamy pumpkin butterscotch dip.

for the cinnamon sugar twists-

for the creamy pumpkin butterscotch dip-