Cinnamon Roll French Toast is so delicious and easy to make when you start with a loaf of fresh cinnamon bread and cook this tasty breakfast in the waffle iron! 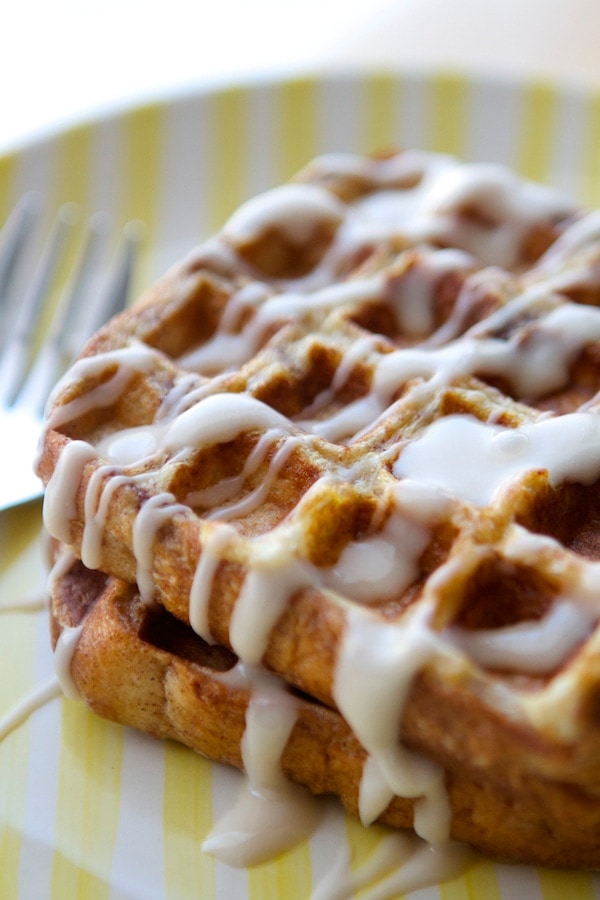 Oatmeal raisin cookies are the reason I have trust issues.

This is a saying that I’ve seen floating around the interwebs for a few years now and I completely relate.

Well, now that I’m an adult and make my own choices {mwahahaha} I buy cinnamon bread. Not to be confused with cinnamon raisin devil bread.

If you can’t tell, raisins clearly made a bad impression on me as a child.

Anyways, I was just fooling around in my kitchen earlier in the week {as one food blogger does} and I decided to make some cinnamon roll french toast waffles!

Why? Because they cook faster and taste so much better in the waffle iron.

*This could have to do with the fact that I brush on ridiculous amounts of melted butter to create a golden, buttery crust.

**Orrr, it could have to do with the fact that I cover these waffles with homemade icing.

***Orrr, it could have to do with the fact that I’m using cinnamon bread {with no raisins-!!!}

Moral of the story, these are good. Really good. And start to finish are ready to eat in 15 minutes; completely gone by 20.

Here’s how to make them: 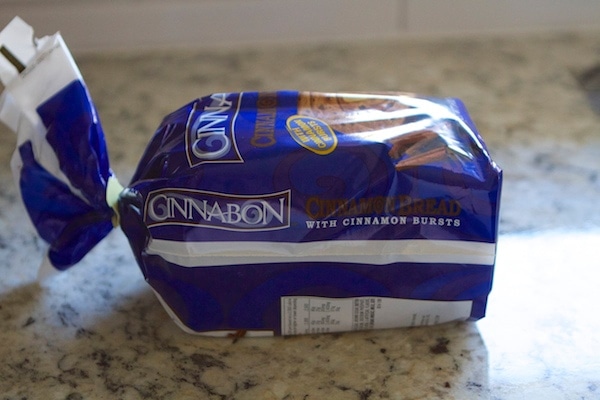 Start out with some cinnamon bread…not to be confused with cinnamon raisin bread. GROSS. 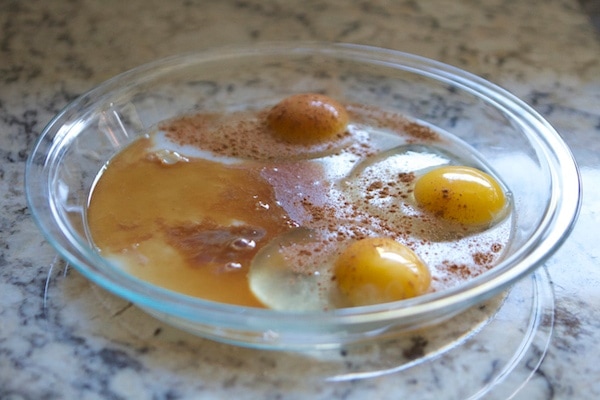 In a shallow bowl, stir together eggs, milk, vanilla and cinnamon. 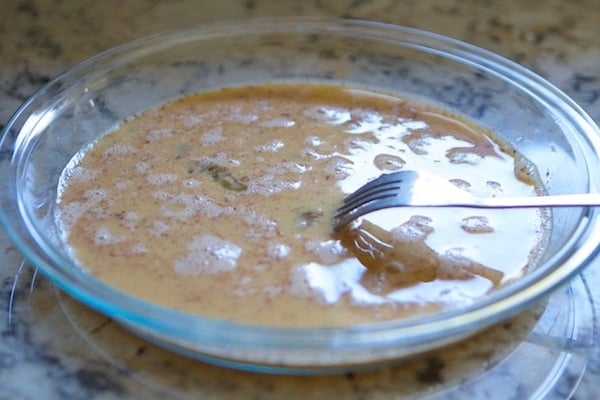 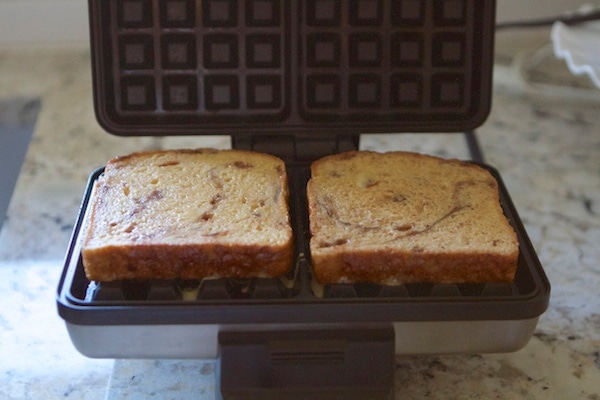 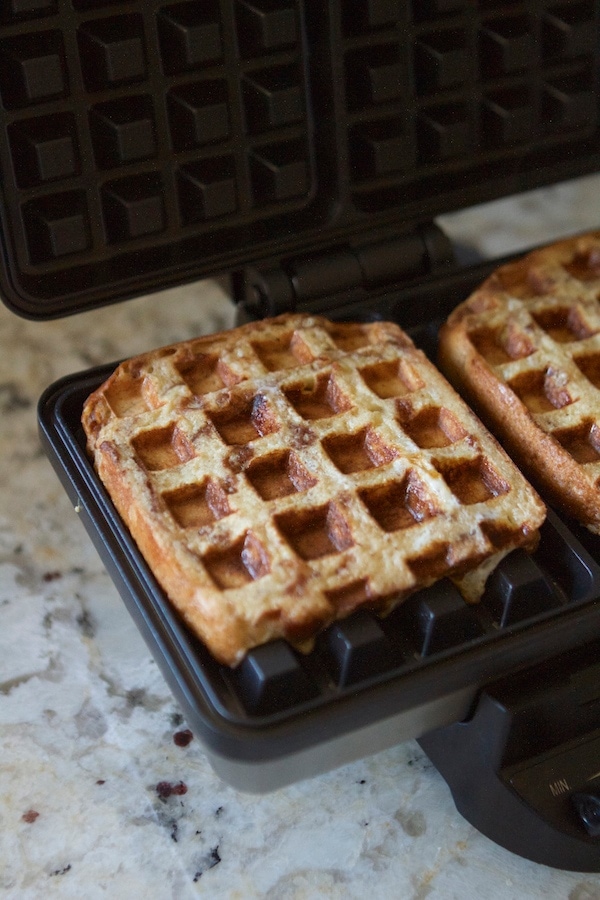 Close and cook until golden brown.

Top with a little icing {and maybe a little extra butter} and that’s it! A super yummy and buttery breakfast for any weekday morning. 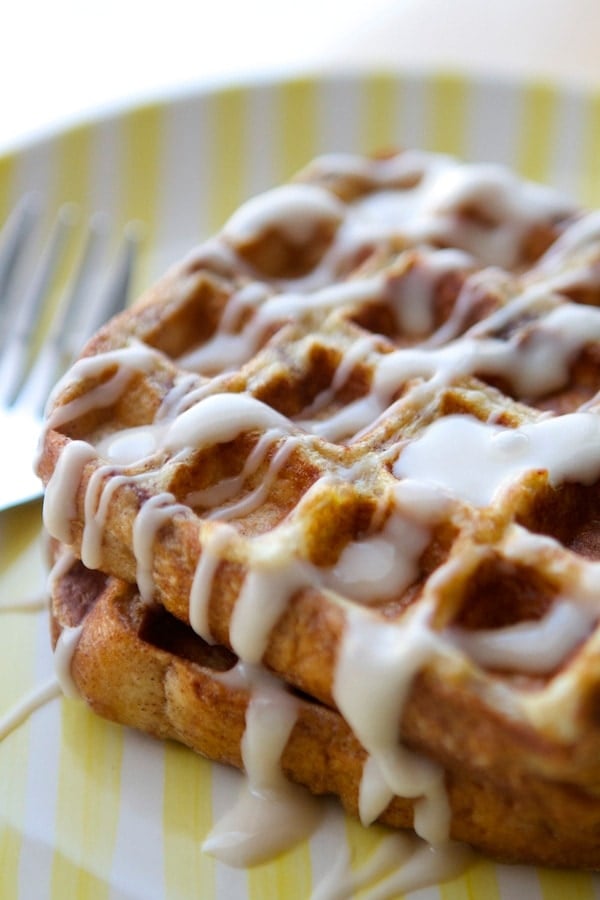 Cinnamon Roll French Toast is so delicious and easy to make when you start with a loaf of fresh cinnamon bread and cook this tasty breakfast in the waffle iron!
servings 8 pieces
Prep Time 5 mins
Cook Time 10 mins
Total Time 15 mins