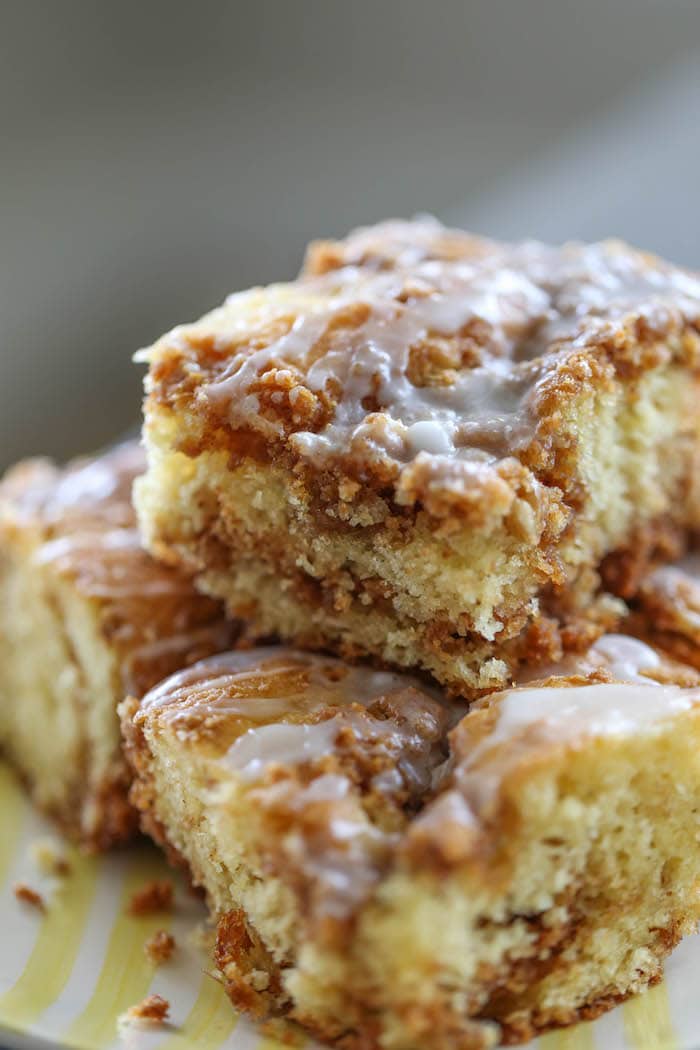 I found this Cinnamon Streusel Coffee Cake Recipe in a magazine months ago and it was love at first sight. Not only did it look amazing, but it seemed to be one of those recipes that everyone and their mom would rave about at a potluck. This is my new go-to dessert recipe for all future life events.

This Coffee Cake Recipe is beyond easy and can be whipped up in about 20 minutes or less. Then let it bake for about 40 minutes. By then you’ll have a house that smells delicious and a tasty treat to try. Here’s what you’ll need to get started: 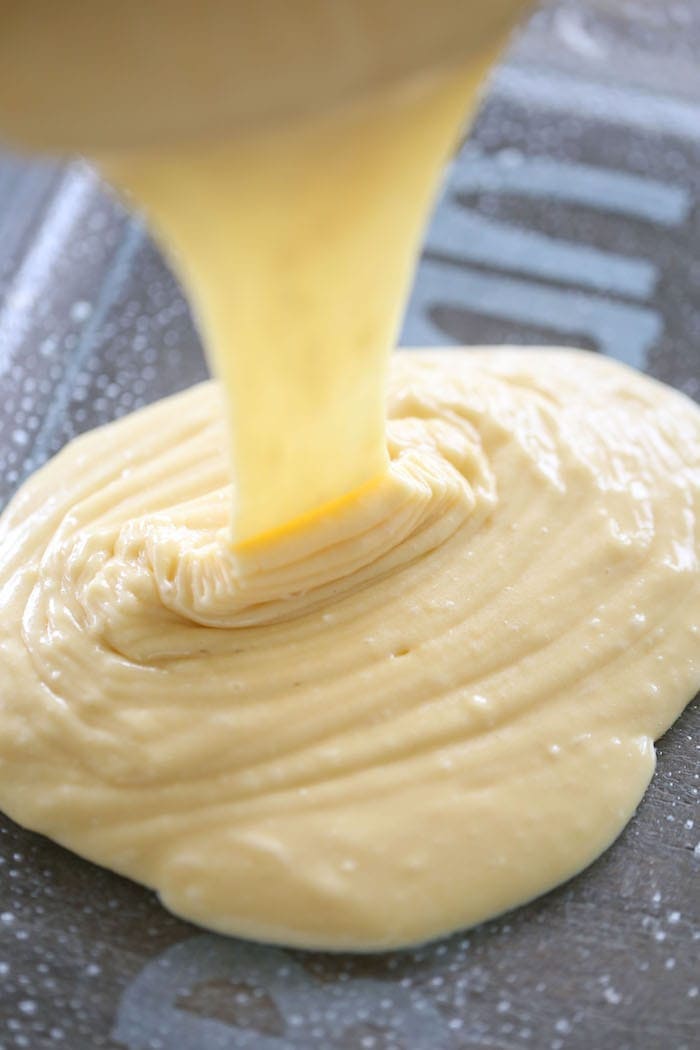 How to Make Coffee Cake

So the coffee cake is based on a yellow cake mix (easy!) and creates a streusel out of graham cracker crumbs, walnuts, brown sugar, cinnamon, and melted butter. You layer the two together and bake. It bakes perfectly because you used a cake mix and when you cut into it, it’s the epitome of coffee cake perfection. Here’s how to make it: 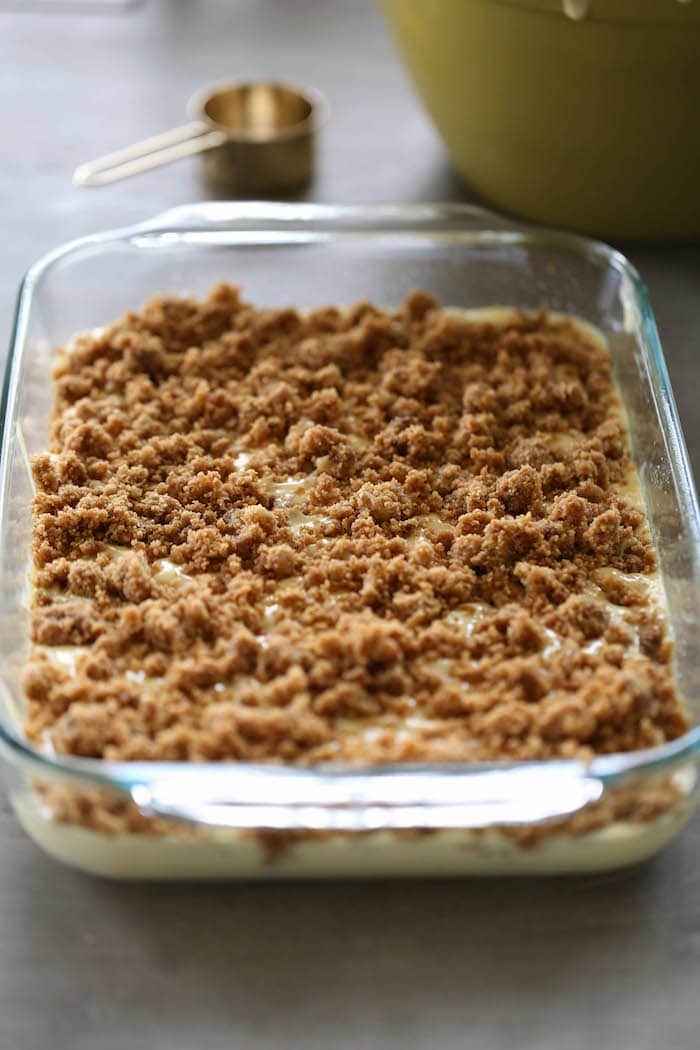 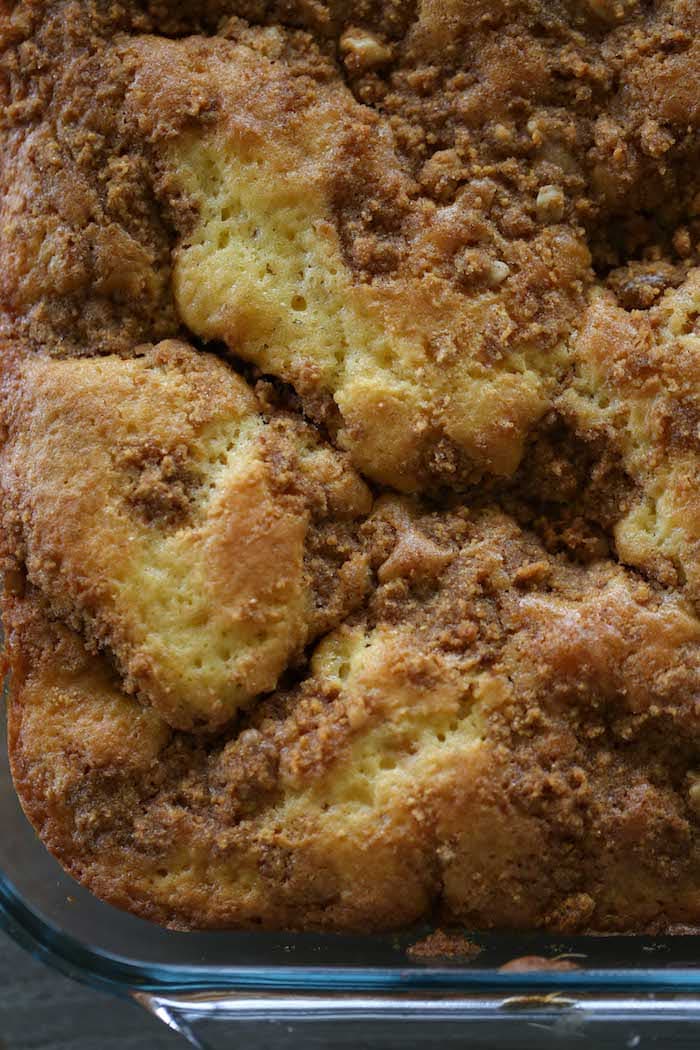 Serve with coffee, milk, hot chocolate or whatever else you like with your coffee cake! 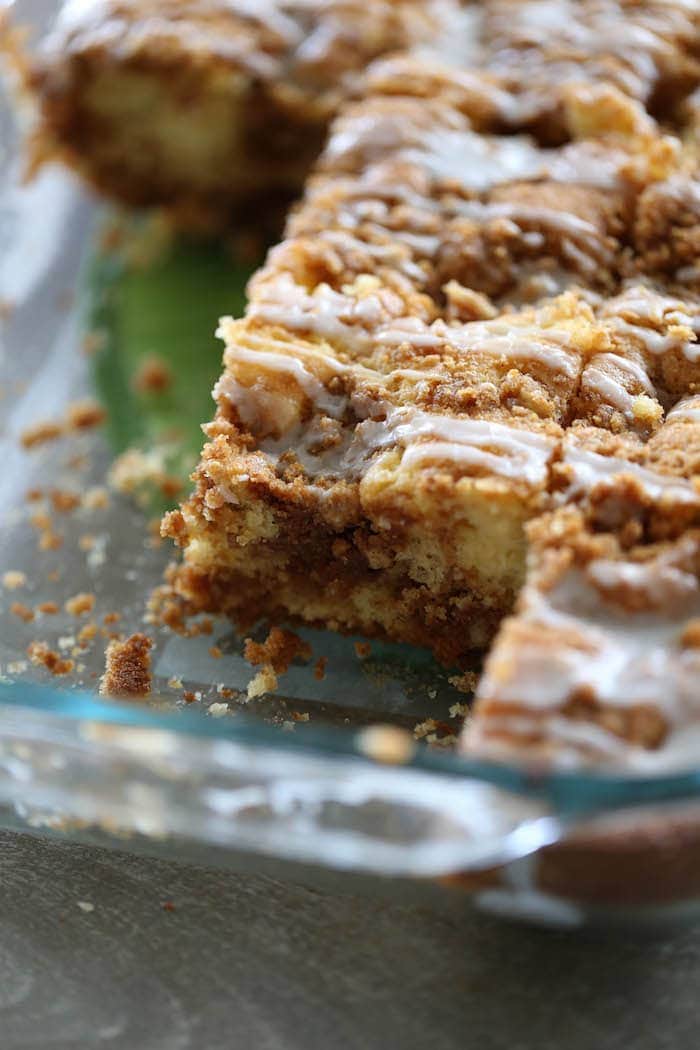 Lots of streusel – You might question yourself as you’re layering it between the cake batter because it’s a lot of streusel, but you put it in the oven, take a big gulp and it will come out perfectly!

Glass Pan – I love using a glass 9×13 pan because it’s less likely to develop crusty edges like it would in a nonstick baking pan. Just grease it well, and you will be good to go!

Mixing – No need to use an electric hand mixer or even a stand mixer for this coffee cake recipe (though you totally could….I hate the dishes) I just used a bowl, a whisk and some elbow grease for my cake mix.

The Glaze is Optional – but I think it makes it look super pretty! It’s not optional at MY house. Ha!

This coffee cake is basically divine, so try it out and let me know how you like it in the comments! Printable recipe card below, enjoy friends 🙂

For my international readers, if you don't have graham crackers for the streusel, digestive biscuits work just as well. Basically, just try to find a sweet simple cracker.